A Rockwall, TX athletic gymnasium needed cooling for athletes on hot summer days. When temperatures get into triple digits during a Texas summer, athletes need a cool space to retreat when the going gets tough and the temps are rising!

The metal frame building which housed the gym had no cool air in the basketball court area, which needed ten tons of air conditioning to properly cool the area.

We needed to design a system to cool that space so athletes, coaches, and fans alike could stay comfortable and beat the Texas heat!

We installed two five ton Carrier package units to get the cool air into the space. First, concrete slabs were poured on the side of the building so the units had a proper base to sit on. We then penetrated the metal building in order to fit the duct work into the building from the units outside. We made sure to seal around the ducts so no outside air or pests could enter the building.

After the electrical and plumbing were ran, we installed the thermostats and cranked that system up!

Finally, cold air in the gym! The techs went above and beyond to get those athletes the cooling they needed to perform at the high levels that it takes to be the best.

In a short period of time, Integrity Air Conditioning installed a system that was energy efficient and cost effective. 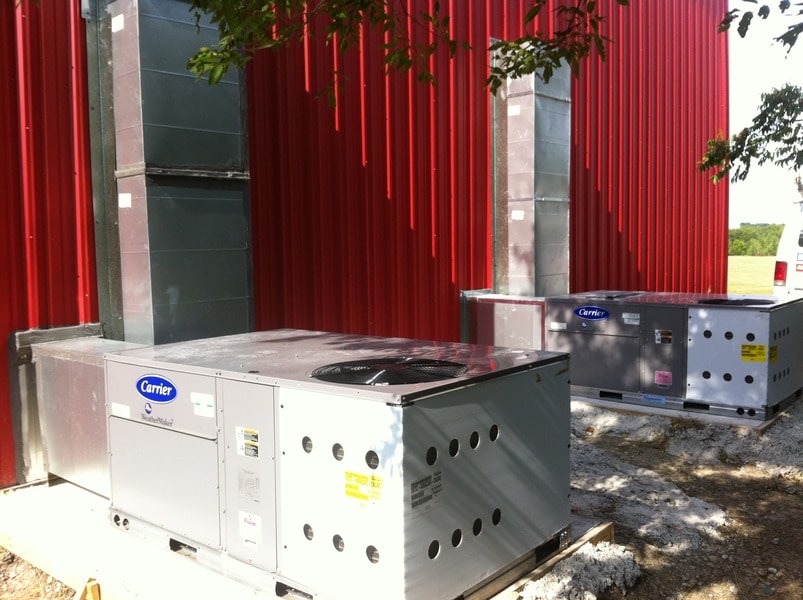 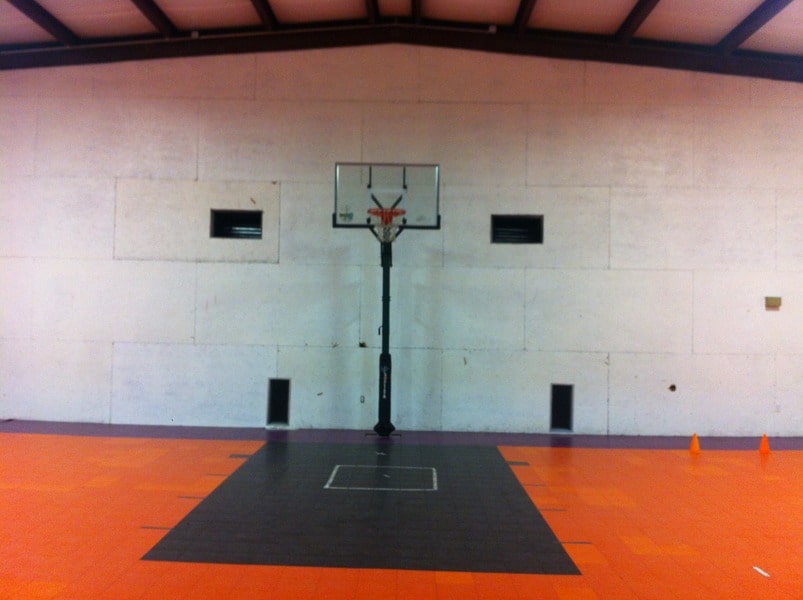